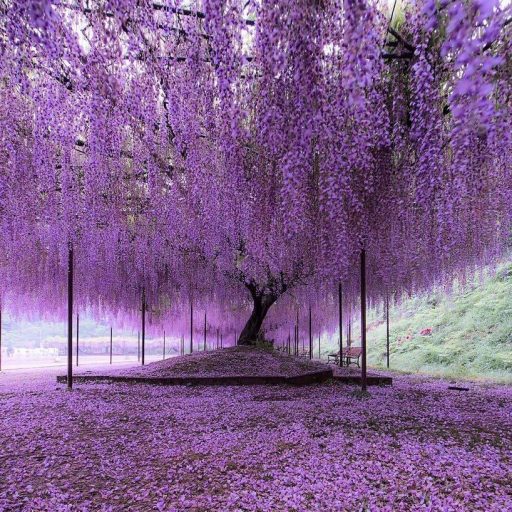 Regulatory innovation tends to start with a new way of looking at a problem.  In that spirit what follows is a bare-bones heuristic, not a fully worked out policy design nor anything approximating such a design.  It is intended to stimulate some first thinking.

The issue is control of net migration of non-citizens (NCs) into a territory.  The economic problem to be addressed is that more people want to live and work in the territory than its citizens would, in some collective sense, wish to see, i.e. there is excess demand for residency rights.

Most (possibly all) nations address this type of excess demand problem via administrative methods of allocation: in colloquial terms, matters are handled bureaucratically.  An individual’s right to residency is established/created according to a mix of (i) complex sets of rules and (ii) discretionary decisions and judgments made by individual public officials who interpret and implement the rules.  Rights are afforded to identified individuals (e.g. Ms S. Jones) and are non- transferable.

Graduates of Economics 101 courses will tend to say immediately that this is an inefficient allocative mechanism.  Those at a higher level might note that the inefficiency comes from non-transferability of rights, not from the initial method of allocation of rights (though the latter does raise equity/fairness issues).  Further up the scale, and encompassing a wider range of human sciences, there will be matters to discuss which include:  bureaucratic dysfunctions, corruption, a variety of monitoring and enforcement problems, and the Kafkaesque sufferings of many of those who enter the labyrinth of rules and encounter arbitrariness in the discretionary decisions and judgments, including in the time taken to process applications.

Most, however, will simply note that the evidence indicates that administrative systems tend to lead to only weak government control over the management of the excess demand.  Net migration targets are set and are consistently missed, year after year, often by very large margins.  Politicians and public officials work hard, but it is a Sisyphean task:  they are trying to ‘buck the market’.  Among the public there tends to be a wide range of views as to what is the most advantageous number of NCs in the territory, but there is often much greater consolidation of opinion around the proposition that the public authorities should have ‘more control’.

In thinking about whether there is an alternative to the status quo or whether TINA (‘there is no alternative’) will always be with us, it is often useful to ask the question: have I seen a problem like this before?  And of course we have: markets routinely balance supply and demand.  If there is excess demand, prices rise; if there is excess supply, they fall.

At the public policy level the choice between administrative and ‘economic’ methods of allocating scarcity is familiar from the textbooks. For example,  environmental economics distinguishes between (a) command & control policy instruments, e.g. maximum emissions allowable from a given source of a pollutant, and (b) ‘economic’ instruments such as emissions taxes and emissions cap-and-trade systems.  The pioneering EU Emissions Trading Scheme (EU ETS) for greenhouse gases is the most widely known of the latter systems.

Prima facie, there is no immediately obvious reason why similar economic thinking should not be applied to issues of immigration and residency.  A tax on immigration has been suggested by Prof Gary Becker of the University of Chicago and the UK government is edging towards that sort of thinking with its new Immigration Skills Charge.  A major difficulty with tax approaches, however, is that they necessarily give rise to discriminatory treatment of workers in the labour market.  Some workers (immigrants) are, in effect, taxed, whilst others who have more or less identical skills and qualities are not.  A tax on a migration flow is also problematic in that one new resident might pay the tax and stay in the territory to work for only a year, while another paying the same tax might be resident for ten or twenty years.

The discrimination problem would, however, be largely resolved by the alternative, cap-and-trade approach.  In broad terms it might operate as follows.

When implemented by card technologies, such an identification system has come to be associated with old concerns about Identity Cards and about threats to civil liberties.  But card-based identification systems are now routine in electronic banking and payment systems.  Identification serves to establish a right to transfer money between accounts or to withdraw cash from an ATM.  It tells the system provider that an individual has a right to access a particular account or accounts when seeking to engage in transactions.  In a literal sense, the relevant card is an ‘entitlement card’, familiar and regularly used by most people.  And today technology is taking things on to mass market utilisation of biometric recognition/identification:  eye recognition, thumbprint recognition, and so on.

In the digital world, acquisition of a right amounts to establishing a linkage between two pieces of data:  a signifier of a particular right and an individual, digital identity, each stored in an easily and quickly addressable databank.  The purchase of a right is recorded by the creation of a new data linkage, the sale of a right by the removal of an existing linkage.

If an aggregate fixed number of rights (the available stock of linkages) is specified, every new resident of the territory acquiring her/his right to live and work in the territory will do so in consequence of the surrender of a right by someone else.  The net migration of non-citizens associated with acquisitions and disposals of rights/entitlements will therefore be zero:  it is a case of one in, one out.

More generally, the flow of new rights becoming available for intending immigrants in a given period will, if the government policy of the time is to hold the aggregate stock of rights constant, derive from three sources:

At any given time a government could of course determine that a positive or negative net migration flow is desirable for economic and/or social policy reasons, and it could choose either to augment the stock of available rights or to step into the market and buy-back rights that have been previously created.  The government has control over the matter.

One of the attractive feature of such a system is that the migration decision is, at the level of the individual concerned, unconstrained by any intervention of a public authority (although see later for some qualifications to this point).  Ms Jones does not have to engage with a bureaucratic apparatus to acquire the residency right:  she can simply buy the right.  This does not of course mean that she will, in practice, be able to acquire the right: it may be beyond her means.  However, in the normal meaning of the notion of economic freedom, she is ‘free’ (from state interference) to migrate to the territory.

This is not substantively different to my right to re-locate to Sandbanks in my retirement.  I am free to move there, although on examination of the facts I might find that it is beyond my means, or (perhaps more realistically) that the square footage of living space within budgetary reach would not accommodate the mass of paper and junk that I would want to take along.  This is what ‘free movement’ looks like in an economic sense.

Unlike a tax on immigration, transferable residency rights do not entail any major discrimination between NCs and Citizens in labour markets.  NCs must acquire a right, rather than having the right endowed at birth, and that is certainly a difference between the two groups, but it is not an economic difference that could be expected to have major, market-distorting effects.  A payment has to be made, but there is a quid pro quo in the form of a valuable, marketable asset that Citizens do not possess.  The value of that asset can be realised when the time to depart the territory arrives (if by death, via the estate of the deceased).

The biggest challenge for an intending immigrant of modest means might be the amount of cash required to purchase what is, de facto, a capital asset, but there do exist such things as capital markets and the asset itself can potentially be used as partial collateral.  It may not be an attractive form of collateral to a high street bank, but employers who are keen to fill job vacancies with skilled labour that is in short supply in the relevant territory have incentives to step in to help, and specialist providers can reasonably be expected to develop over time (once a market process is initiated, an evolutionary process of institutional development typically follows).

Going beyond Economics 101 in the residency case, there are aspects of market processes which raise issues associated with the sorts of social problems that fill the broadcasting time and pages of the media. Markets allocate according to willingness to pay and willingness to pay may have some unwelcome correlates:  those with particularly costly medical conditions, drug dealers and criminals of various types, terrorists, etc. may be willing to pay a lot.  They may displace (‘crowd out’) young workers wanting to bust a gut for a few years to build up savings and then return home, or a young family aiming to settle for the long-term to raise children in a social and economic environment that is significantly better than that prevailing in their home country.

This is a version of the ‘adverse selection’ problem.  The shared characteristic of the ‘undesirables’ is that their residency is likely to place an egregiously high cost burden on the existing citizens and residents of the destination territory.  It is why international agreements that provide for free movement of persons or workers, such as the EU Treaties and the EEA Agreement, invariably also provide for limitations or over-rides in the name of ‘public policy’, ‘public security’ or ‘public health’ (see the EEA Agreement, Article 28(3)).

The upshot is that an effective residency system is highly unlikely to be “all market”:  administrative methods will be required to screen out those likely to be egregiously costly to society.  Not everyone can be allowed to buy: having acquired residency rights, a corollary of that is that Ms Jones cannot be allowed later to sell on her right to whomsoever she pleases, say Mr Brown, even if Mr Brown looks for all the world like a very decent sort of man.  A very substantial shift in sovereignty over individual residency decisions from bureaucrats to individuals is feasible, but a complete transfer of sovereignty is not:  the state still has some of its traditional, protective functions to perform.

At this point we move across into enforcement issues and that is an area that requires a book, not a post.  However, in concluding and in order to give a flavour of the sort of system design that might be considered, let me repeat a suggestion made in an earlier paper  http://www.rpieurope.org/Publications/Fabellia/pdf :

If this looks as if it would still be too much screening, it should be remembered that the function of the qualified persons task is simply to pick out a few bad apples from the pile, not to grade each apple.

One thought on “A cap and trade system for residency?”